Why Sports Betting Is So Profitable 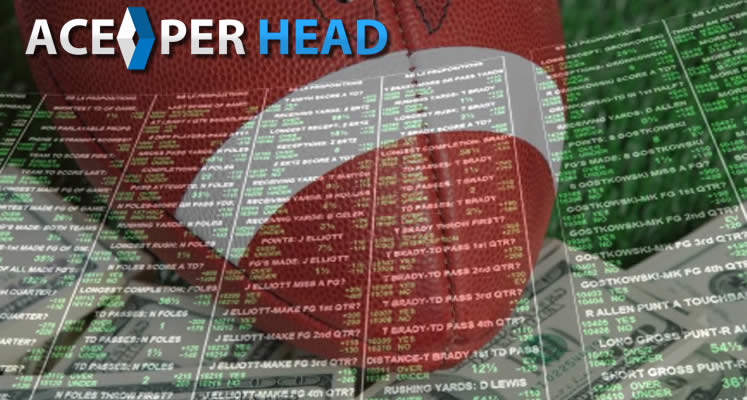 Sports wagering seems to be part of the human condition. There is evidence that ancient civilizations gambled on sporting events, which puts bookies in direct competition for the oldest profession.

The Art of Bookmaking

We can understand the allure this activity has for bettors, and we know why bookies are so interested as well. But what might intrigue many is the reason why sports betting is so profitable.

To answer this question, we must first ask ourselves another question, how do bookies balance bets? See, the subtle art of bookmaking is the reason why handicappers always hold an edge over bettors. Although we say bookmaking is a delicate art, the truth is it is a very intricate affair.

For bookie agents to succeed, they need to master many factors. Although ultimately, most industry professionals will tell you it all comes down to the numbers; many factors influence how those numbers move and react to line changes.

The Psychology of Sports Betting

The first step in someone ultimately becoming an avid sports bettor is to become a fan of either a sport or its players.

Sporting events have become the preferred source of entertainment for millions of people all over the world. This phenomenon will not stop anytime soon, as children grow up watching sports with their families and friends guaranteeing that the next generation will also become sports fans.

Not all sports fans will indeed become regular bettors. But being a fan of a sport increases an individual’s chances of becoming a sports gambler, and bookies are all too aware of this fact.

Gambling, as a whole, is an interesting psychological phenomenon. Because of this, gambling has been at the center of many human behavior studies; here are some of the most interesting findings.

Studies have linked a positive mood with increased gambling. Researchers explain that when a person is in a positive mood, they are more inclined to take risks.

Player mood and attitude is one reason why the price per head leader AcePerHead.com has placed so much emphasis on creating a pleasant bettor experience. They understand that the more pleasurable the experience, the happier the individual which in turn will ignite their risk-taking switch.

There is a well-known psychological process called the gambler’s fallacy. It consists of the mistaken belief that if an event such as a team winning or losing happens repeatedly, then the opposite outcome is imminent. In other words, if a baseball team has won 6 consecutive games, a bettor will feel they are due to lose the 7th.

The phenomenon is a fallacy because the reality is the odds of any particular event occurring are always the same.

The findings of an ingenious study conducted on racetrack bettors, where gamblers were asked to estimate the winning odds of their favored horse before and after placing a wager on the horse.

The study revealed that after placing their wagers, bettors felt their horse had a higher chance of winning than before.

It seems the more committed a gambler is, the more hopeful he becomes that he will win.

Commitment is another factor that Ace Pay Per Head uses to increase volume. How do they do this? Simple, they offer more betting lines than most other price per head shops.

By offering half-time lines, quarter lines, alternative betting odds, matchups, and player props, they increase the bettor’s commitment to a game. The wide betting odd selection plays into this increased sense of hopefulness, which prompts gamblers to place more bets than they usually would have.

The more hype around the game, the more people want in on the action. This phenomenon is observed every year during big games such as the Super Bowl. During these times, the media coverage on the game can prompt people who typically don’t gamble to jump in on the action.

The bandwagon effect is the reason why bookie agents see an increase in active players during the Super Bowl, Match Madness, the NBA Finals, and the World Series.

I know we’ve touched on this subject several times in the past. But I feel it bears mentioning again because a different set of rules governs math in gambling.

Betting odds may have their start in the real probabilities of a particular outcome happening. However, the lines that are eventually offered to the public bear no resemblance to the actual odds or a team winning or losing.

The whole issue about sports gambling math is that it is more complicated than the match used to calculate fixed odds. And because most people don’t understand the nuances, most end up asking themselves how do bookies balance bets?

This is where the art form shines, to come up with the betting odds for the different sporting events, odd makers need to consider several things, such as:

There is a reason why everyone is concerned about how do bookies balance bets. This reason is the hold percentage. Ultimately, the hold percentage is what determines how successful a sportsbook is, and what its chances of survival are.

We know that any player that collects on 52.4% of his bets, breaks even, this means nobody wins. The ideal scenario is for price per head services to give as much of an advantage to the bookie as possible.

From experience, I can tell you that the average weekly hold at most price per head shops is between 7% and 8%.

The reason I switched to AcePerHead.com years ago is that they have always provided me with a higher hold percentage. I am currently averaging 12% weekly hold, and my player sheet is not what you could consider square.

If you are an agent who is looking for cost-effective ways to increase your hold percentage, I advise you to switch to Ace Per Head right away. I guarantee you won’t be disappointed.