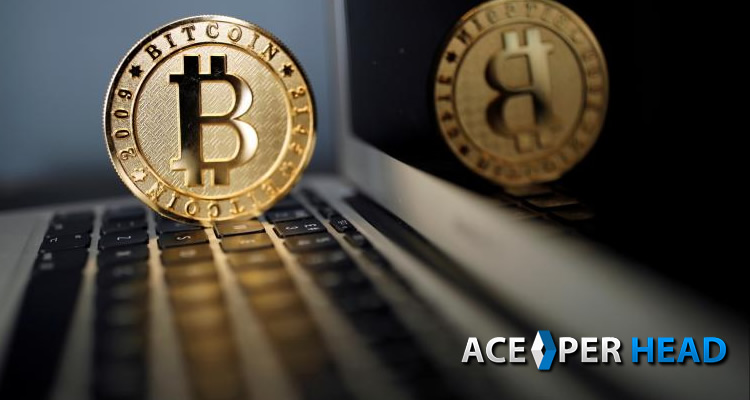 Cryptocurrencies, and specifically Bitcoin, have taken the world by storm. Back in 2009, few understood the use and necessity of a cryptocurrency and those who invested early in Bitcoin did so mostly out of curiosity in the blockchain technology behind it, but few felt the concept would take off.

The Role of Cryptocurrencies in the Gambling Industry

Those early investors are now millionaires and probably very grateful they indulged their curious side. Even despite the more recent crashes, early adopters have seen astronomical returns. The true vision of Bitcoin, from Satochi’s white paper, was not to create an investment platform, however. He wanted to introduce a new form of payment, one that didn’t rely on central banking (since 2008 had seen massive bank failures and bailouts) and that didn’t fall prey to aggressive government controlling and inflation. Before long, many industries were exploring accepting Bitcoin as a means of paying for goods and services.

Understandably, online gambling was one of the early adopters to accept cryptocurrencies for payments. With bitcoins readily available, and many financial institutions not allowing traditional credit cards to be used, Bitcoin was an easy and accessible means for players to enjoy their preferred form of entertainment.

This is also a great benefit for bookies who use price per head services to run their sportsbook. Finding a bitcoin bookie software service is still not as easy as one would imagine since the best pay per head sportsbook services are regretfully slow to adopt new technologies. Thankfully, there are some services like www.AcePerHead.com have been wise enough to embrace the new technology and found a way to make it work for them and their clients.

Although cryptocurrencies have been in the news just about every week for the past year, some don’t really understand what it is and what benefits it can provide them, for this reason, we will start with the basics, and hopefully, by the end of this article, we will have successfully answered all the questions.

Bitcoin, Ethereum, and  Litecoin are the leading cryptocurrencies right now. The concept of digital or virtual currency is not new: back in the ’90s, there were numerous attempts to create a widely used cryptocurrency, however, these all failed because they used the “Trusted” third-party approached, meaning there was one particular company or institution backing the operation, and ultimately, controlling it. Think of them as the central bank of the proposed currencies. As a result, the entire process depended on the stability and honesty of the entity controlling the transactions. If that central authority failed, was hacked, ran out of funding, or turned nefarious, the entire system failed with it.

Bitcoin’s approach was completely different. The aim of its creator was to forego the influence of any “clearing-house” style authority. Today’s cryptocurrencies are designed to work as a medium of exchange, they all use blockchain technology, which is an advanced encoding algorithm that secures and verifies all transactions WITHOUT the need for any central controlling body. The blockchain technology is also responsible for creating more units of the cryptocurrency as needed, thereby keeping inflation predictable and unalterable.

This means that cryptocurrency technologies are not overseen by any bank or government, instead, a massive decentralized network of Bitcoin miners share the responsibility. You could become a miner today if you wanted, and then you would be part of the decentralized network too. No licenses needed, no background checks, no permission from any authority. Each participant plays the role of the controller by maintaining a copy of the blockchain — the ledger of every transaction ever done within the network — and performing the mathematical algorithms needed to advance the blockchain. Every copy of the blockchain holds information available to everyone, information that cannot be falsified or altered or concealed, which means everyone in the network can see every account’s balance.

I know what you are thinking: how is this a good idea?

Surveillance by bad actors and over-reaching governments is bad enough in everyday life, do we really want every coin and transaction permanently recorded and publicly viewable? I don’t want anyone knowing how much or how little I have.

These are very valid concerns, but they are, in fact, not concerns with Bitcoin. Although everyone can see what “address” controls how many bitcoins, there is no way whatsoever to identify what any particular address is for. Is it a person? A company? Multiple persons? Multiple companies? None of this information is available therefore you have no idea who is the current owner of the bitcoins or where they live, or who they have made or received payments from. All you can tell is if someone comes up and says, “this is the key to access the bitcoins stored here,” you can use the blockchain to see if they are telling the truth. And thus, you can do business with that person, and nobody other than the two of you will ever know what coins were involved or what addresses were involved.

This brings us to the first very important benefit of cryptocurrency use in online gambling: anonymity.

Benefits of Bitcoin and other Cryptocurrencies in Online Gambling

One of the biggest problems online bookies face these days is protecting their privacy. Governments and financial institutions are constantly tracking user activity and sometimes making decisions against that person’s interest. Some governments, for example, block access to gambling-related websites. Others compel their local financial institutions not to support payments made into certain industries. If your local jurisdiction falls into this category, what are you to do?

Because Bitcoin is not regulated by any financial institution or government, it makes it the perfect solution for players and bookies around the world and across the USA. And because the cryptocurrency market has become so popular and is now widely used in e-commerce as well as huge, tax-generating, exchanges, it is easy to join in and unlikely that any government would choose to shut it down.

But these platforms are only a medium to ENTER or to EXIT the bitcoin market. Once you have exchange fiat currency (fiat money is any legal tender currency established by a central government) into Bitcoin, you become — to quote the popular HBO show Game of Thrones — you become no one. You can buy or sell bitcoins, transfer, or receive them as a form of payment in complete anonymity and with complete privacy. It is virtually impossible to even pinpoint where the transaction was originated, let alone figure out who sent it, who received it, or even how much was exchanged.

Because there is no third-party involved in any transaction, this makes it Bitcoin and the other cryptocurrencies like Ethereum and Litecoin, transaction fees are much lower than traditional fiat money processors. This is because Bitcoin has its own method for paying the miners who maintain the distributed network, and that method does not require the end-user to foot the bill. Typical fees range from $0.01 to $1.00 for sending even large amounts of money.

Lower transaction fees make cryptocurrency extremely appealing as other traditional forms of payments accepted by price per head companies like Western Union, Money Gram, Pre-Paid Cards, and Gift Cards can sometimes turn out to be quite expensive.

Once you complete a bitcoin transfer, the blockchain is updated globally in nearly real-time, meaning the transfer can be verified immediately. Traditional payment methods sometimes can take from a few minutes up to a few hours or days to verify the payment, which is incredibly frustrating for bookies who want to make their payment and get back to very busy schedules.

I know I’ve mentioned this before in the article, but I feel it is important enough that it bears repeating. No third party (be it a government, corporation, hacker, spammer, bot, organization, or individual) can prevent someone from sending Bitcoin as they please, nor can they track who sent a payment, where it was sent from, who received it, or how much was sent. They won’t be able to prevent agents from receiving or sending payments to their players or pay per head software services.

Bitcoin has come to revolutionize the world and in simple terms, it may be the godsend that many local bookies were waiting for, as it single-handedly restores privacy and security to transactions, the likes of which have not been available since the days of paying in-person with cash.